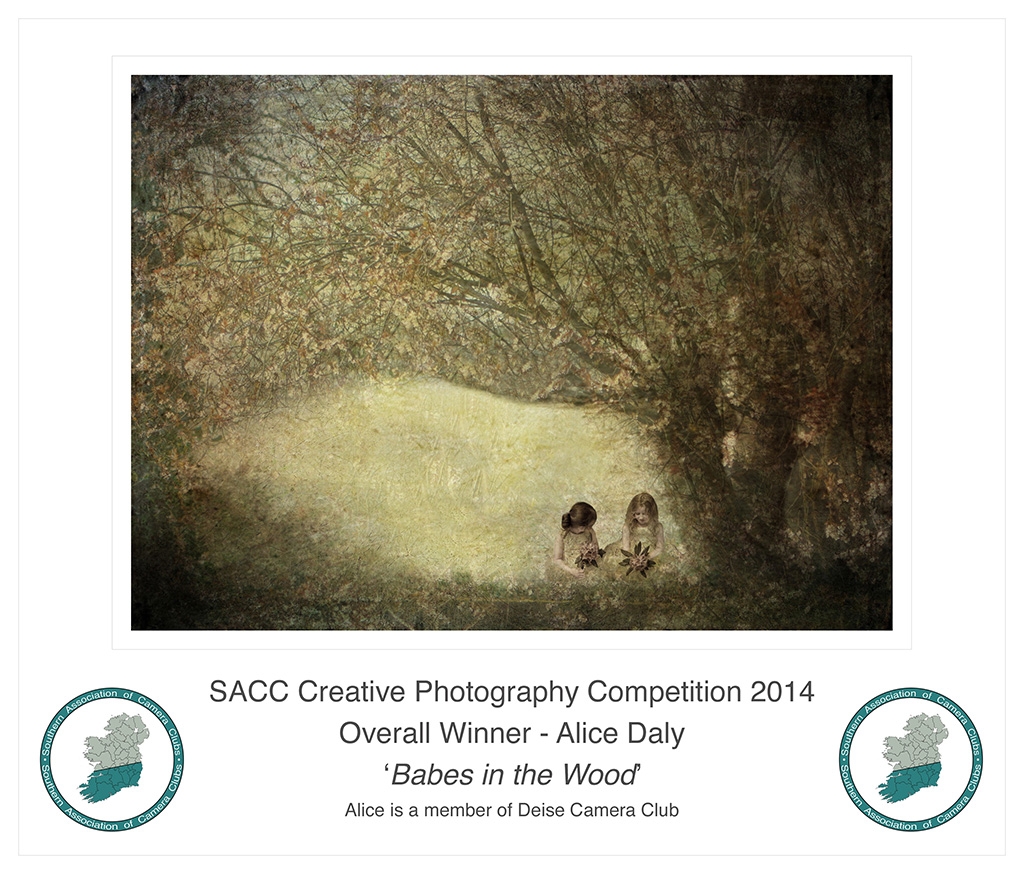 The SACC Creative Photography Competition 2014 was held in Oak Wood Arms Hotel, Shannon, Co.Clare on Saturday September 27th 2014 and was hosted by Shannon Camera Club.  This was the first time this competition was run in its new format and with over a 200% increase in entries, it looks like the future is bright!

Congratulations to all those who won awards. We were really treated to a beautiful & diverse show of work on Saturday. Individual scores will be emailed by the end of the week.

We are also very grateful to Shannon Camera Club who presented the SACC with a new trophy in memory of Larry Stewart. We’ll post more information about same in another article shortly.

“It was a pleasure to judge the Creative Photography Competition run by the SACC last Saturday. As judges, we were treated to a huge variety of images – some using creative manipulation techniques but, surprisingly, quite a number of images produced creatively at the time of capture. The final selection reflected the breath of images entered – the variety and quality was outstanding and bodes well for the development of creative photography in Ireland.”

Speaking about the winning images, judge Tim Pile had this to say:

“It was a tough decision for the judges, but in the end we were both unanimous in the winners of each section, as well as on the overall winner.

The overall winner had a beautiful feel to it, and broke many traditional ‘camera club’ rules in that the main subjects were quite small in the image and not on the thirds, and were surrounded by quite a large lighter area, but rules are made to be broken and all of the components of this image worked so well together to produce an exquisite image.

The other digital winner was quite different, and far more contemporary. The feeling of this image definitely summed up the modern young girl enjoying herself, with her iPod, headphones, and blue-dyed hair, complemented by the additional of various colourful effects.

I am a print worker at heart, and was particularly impressed by the winning print. The beautiful young woman in profile looking out from under the shawl into the forest with a dreamy look on her face, the beautiful colours in the forest and the single clear tree all made for an magnificent image where every element was just the right size and print density, making for a beautiful high quality print.”