The SACC Creative Photography Competition 2016 was held in the Park Hotel, Dungarvan, on Sunday October 23rd and was hosted by Dungarvan Camera Club. The overall entry was up by 10% on last year continuing the upward trend in submission numbers. The print entry numbers was slightly down, but this was offset by the increase in the PDI (Projected) image entries. This increase is indicative of the continuing growth in interest in this photography genre. The open interpretation of creative photography amongst members resulted in wide variety of images in terms of subject, levels of post processing and artistic creativity. 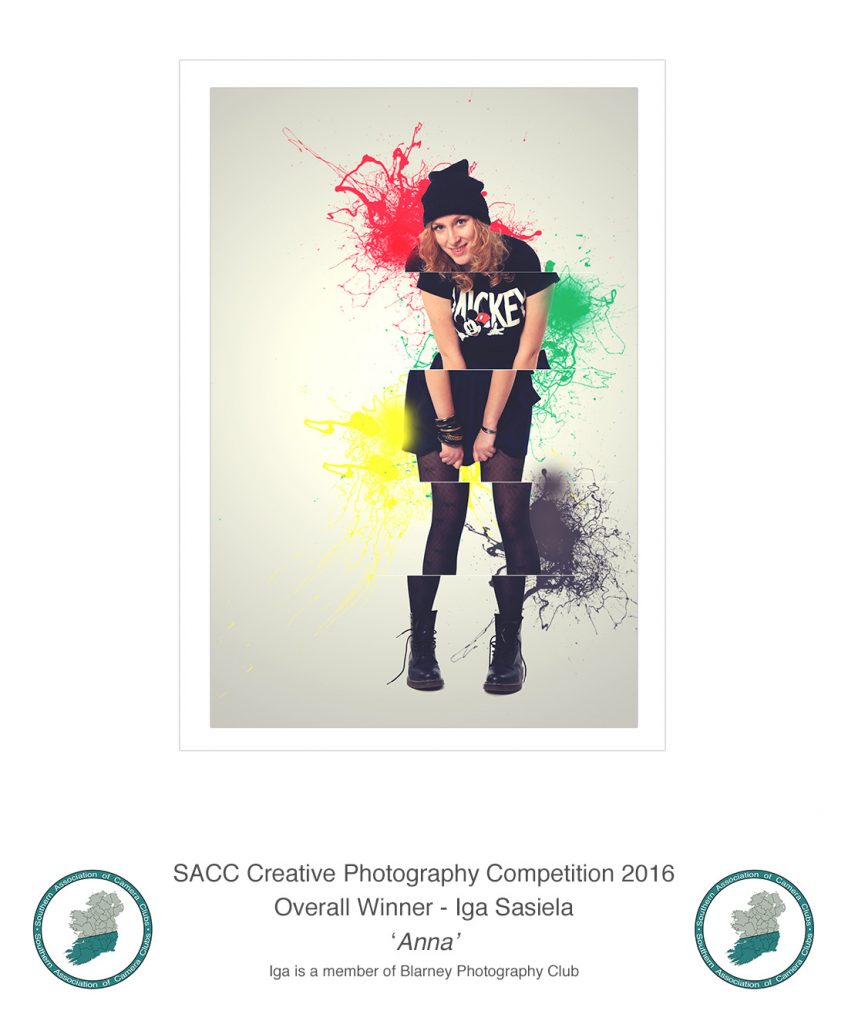 We were delighted to see photographers from all around the country taking part as this event is a national competition and is open to members from all IPF affiliated clubs. Additionally the top scoring 35% count as Irish qualifiers for those going for AFIAP distinctions.

In addition to the excellent feedback from the judges throughout the judging, Martin Spackman spoke at length about a number of aspects of the creative image process, including the importance of photographic prints as a media choice. He said that some images by virtue of their subject and treatment lend themselves to print rather than PDI, and vise versa, it is therefore important for entrants to evaluate their submissions on that basis, He also said that creativity can be as much about in camera techniques as post processing of images.

He emphasised that in judging the entries, the judges took into account the degree of compliance with the definition of creativity published for the competition as well as overall image composition and quality. He said that some images worked better where a simplicity of subject and creative approach was used and that post processing wasn’t the only creative avenue available. In relation to the fact that large text featured in two of the winning images (the Mickey Mouse name in “Anna” by Iga Sasiela, and the name on the boat in Ron Bending’s “Moored at Morston”), Martin said that he did not see this feature as a negative in creative images, as some judges did, and felt that in some case it even complimented the image.

In relation to the choice the overall winner he said that the judges had a difficult decision as the winning images in both the Print and Projected were of such a high standard. The final selection of “Anna” by Iga Sasiela (featured below) was the result of much deliberation and was influenced by the freshness, simplicity of subject matter, newness of overall treatment and the use of vibrant colour to emphasise the subject.

Martin expressed his appreciation for the opportunity to judge the competitions and said that the overall standard was high. He also said that he and his wife had thoroughly enjoyed his visit to Dungarvan and the South East and thanked the Dungarvan club members for their warm welcome and hospitality throughout.

Congratulation to all those who won awards and our thanks to our judges (Martin Spackman and Paul Reidy), the committee and members of Dungarvan Camera Club, the SACC Committee and to all entrants in the competition, whose combined effort and contributions resulted in another very successful and interesting national competition.